Shipwrecks in the Great Lakes

Shipwrecks in the Great Lakes

The Great Lakes are situated between USA and Canada in the eastern part of the border between the two countries. They are interconnected by channels and, despite their names, are more similar in surface and depth to small seas. Their names are, from west to east: Superior, Huron, Michigan, Erie and Ontario.

Given their size, the Great Lakes represented an important trade and travel route for both nations at its north and south banks. Navigation on these lakes is just as risky as on seas and oceans. All five lakes can be very dangerous to cross during storms. Even during calm weather accidents did happen, with disastrous consequences. Thus, their bottoms are littered with several shipwrecks, many of which are depicted beautifully in maritime paintings. 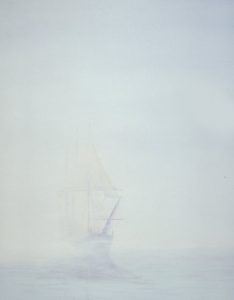 These are the most famous shipwrecks in the Great Lakes:

This is the oldest shipwreck in the Great Lakes. It disappeared in Lake Michigan in 1679 (the 17th century). Naval historians believe that Le Griffon was the first large sailing ship that attempted to cross the Great Lakes.

Along the year, over 20 people claimed to have found its wreck at the bottom of Lake Michigan; however they were all proven wrong. The most recent claim dates from 2014. Treasure hunters Kevin Dykstra and Frederick J. Monroe said that they discovered Le Griffon near the town of Frankfort.

However, no definite identification and confirmation was made. Thus, this shipwreck is still not definitely pinpointed to a specific area in Lake Michigan.

If Le Griffon is special for the mystery surrounding its disappearance, the Edmund Fitzgerald created the most popular shipwreck anecdote connected to the Great Lakes. The ship was launched in 1958 and, for 13 years, was the largest ship that navigated on the Great Lakes.

However, in November 1975, Edmund Fitzgerald was caught in a severe storm on Lake Superior. The ship sank and its entire crew lost their lives. A US Navy Lockheed P-3 Orion aircraft discovered the wreck in the same month, lying close to the Deadman’s Cove. The gong aboard the ship was rescued and can be admired now in the Shipwreck Museum.

Lake Superior is also the final resting place of the Fedora, a turn of the century freighter that sank in 1901. One of the larger classes of freighters of its time, the Fedora was making a transport of iron ore from Duluth to Ashland when fire broke out in the engine cabin.

The crew managed to save their lives, but the ship sank in the Buffalo Bay, where it still lies.

Fondly known as “Willie” this is one of the most popular wrecks in Lake Michigan. The Dutch 258-foot freighter sank in October 1964. It used to run the Orange Line between Europe and the United States since 1949. On the fateful day of its demise, it collided with the Sinclair Oil Company Barge. The crews aboard both vessels were rescued.

There were three attempts to raise Prins Willem V, but they all failed. So “Willie” still lies at the bottom of Lake Michigan and will continue to do so for the foreseeable future.